Culture Happens. So, Why Not Create a Podcast to Talk About it?

HubSpot employees launch a podcast mini series about the future of work and why creating an inclusive company culture matters.

Ever wondered how a working parent of twins balances it all? Curious about how to build a psychologically safe environment for your team? Interested in becoming a better ally - both in the workplace and beyond? HubSpot employees cover it all and more in the new podcast mini series, Culture Happens. 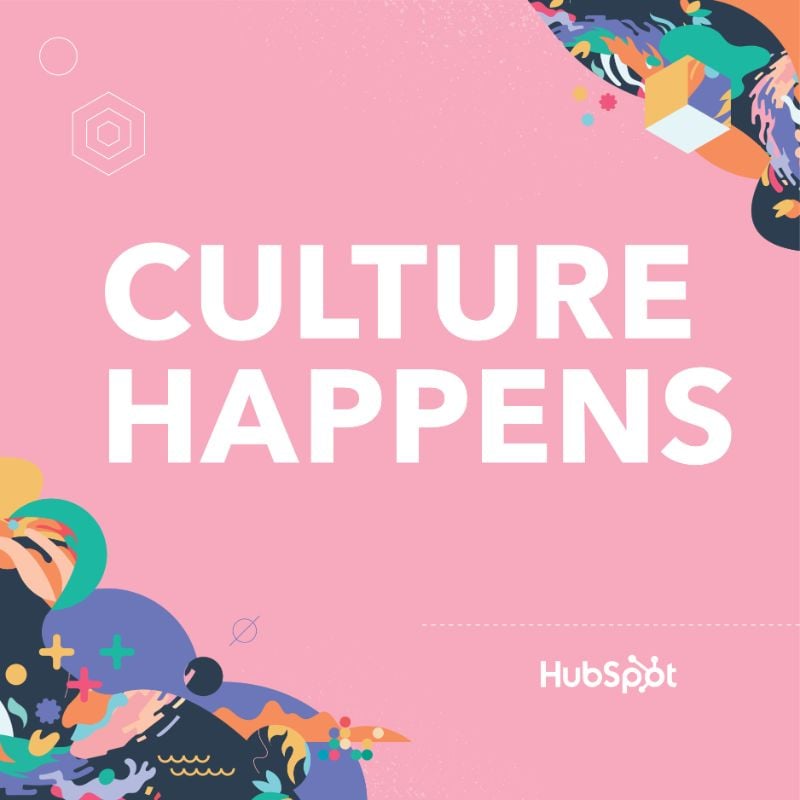 Hosted by HubSpot employees and leadership, the podcast was inspired by Dharmesh Shah, HubSpot’s Co-Founder and creator of the Culture Code, who said, “Culture Happens. So, why not build a culture people love?” With five episodes on a variety of workplace culture topics - from allyship in the workplace to remote work, Culture Happens is now available on iTunes, Spotify and wherever you listen to podcasts.

“Our mission with the Culture Happens podcast is to bring important workplace conversations and topics to life,” said Katie Burke, HubSpot's Chief People Officer. "Diversity and inclusion has many layers, and talking openly about those layers often feels like a taboo in the workplace. But to build a company where everyone feels they belong, it’s critical to create safe spaces where conversations like these can happen. I’m really proud of our team for being transparent about workplace culture and sharing their own challenges, successes and lessons learned with the world.”

The podcast mini series features five episodes that dig into their own layer of diversity:

The Power of Allyship is Real

Allyship is a verb, not a noun. Listen as three passionate HubSpotters discuss the definition of allyship and the impact it has on inclusive workplaces. Like Rome, allyship isn’t built in a day, but there are actions we can all take to start making progress now.

The Secret Ingredient of High-Performing Teams

People do their best work when they feel valued, heard, and included. That’s why psychological safety is such an important ingredient in building teams. But what exactly is psych safety? How do you know if your team has it? What are ways you can create it? Tune in for a conversation about those questions and more.

Mental Health: Let’s Get Comfortable with the Uncomfortable

1 in 5 Americans live with a mental health condition. So, why is something so common still considered a workplace taboo? Tune in to an open and honest conversation around the power of vulnerability and learn how we can bring mental health out of the shadows, and into daily conversation.

Is The Term ‘Working Parent’ an Oxymoron?

For many people, growing your career and growing your family often feel at odds. But do they really have to be? Hear from two proud working parents on how employers can create a culture of flexibility and how moms and dads can make the impossible, possible.

The Future of Remote Work is Now

Employers tend to think that remote workers spend their days binging Netflix’s latest murder series. Truth is, employees are actually more productive and happier when working remotely. Listen in as we discuss why remote work isn’t just a fad in the workplace and how companies can build a great remote culture.

When Libby Maurer, Vice President of User Experience at HubSpot, was asked to be a part of Culture Happens’ episode on mental health, she knew that while being honest and open about the topic isn’t always easy, the impact far outweighs the fear.

"Being open and authentic about who are are and the experiences that define us creates space to reframe how we view things that are often seen as weaknesses, and turn them into powerful strengths," said Libby Maurer. "I've learned to use my struggle with depression as a strength, and I hope that my transparency inspires others to think about their differences and struggles in the same way, and bring a new lens to what diversity really means."

With transparency as one of HubSpot’s core culture values, Culture Happens is yet another way to openly share about internal diversity programming and learnings, and create an external open dialogue with employees, candidates, customers, and beyond.

HubSpot (NYSE: HUBS) is a leading customer relationship management (CRM) platform that provides software and support to help companies grow better. The platform includes marketing, sales, service, operations, and website management products that start free and scale to meet our customers' needs at any stage of growth. Today, more than 150,000 customers across more than 120 countries use HubSpot's powerful and easy-to-use tools and integrations to attract, engage, and delight customers.

Named Glassdoor's #2 Best Place to Work in 2022, HubSpot has been recognized for its award-winning culture by Great Place to Work, Comparably, Fortune, Entrepreneur, Inc., and more. HubSpot was founded in 2006 and is headquartered in Cambridge, Massachusetts. The company's thousands of employees work across the globe in HubSpot offices and remotely.